This is our story.

In 1997 Lloyd Jungman began a bull stud near Mitchell, South Dakota. An icon in the semen collection business, he and his wife Doris began Hawkeye Breeders in 1969 near Adel, Iowa. Much like the very successful Hawkeye Breeders facility, Lloyd chose a location for his South Dakota facility near a major city within a couple miles of a major interstate highway along with close proximity to major north/south US routes.

Beginning in 1997, Lloyd would collect bulls along with his on-site manager, John Westin then transport the semen back to Adel, IA to be processed and frozen. Early mornings and long nights were endured to ensure a high-quality straw of semen was frozen. It goes without saying that the foundation of the Mitchell facility was built on a quality product and top-notch customer service for its clients. As time went along, additional facilities were constructed including more barn/pen space, CSS facilities and a lab with storage tanks and shipping abilities. The business model was simple, top quality customer service and a product that was second to none.

Eventually Genex CRI, Inc purchased the facility form Lloyd, Doris and their family. Genex continued to grow the business and collected many of their high caliber bulls on site. Folks involved in the seedstock business near and far would plan a trip to Mitchell to view the collection bulls.

Collectively as a group when given the opportunity to purchase this facility we decided to move forward. First and foremost is the location. Mitchell, SD is a hub for local business and trade. It is home to great steak houses, farm stores, grocery chains, and a Cabela’s. Mitchell is also the home to Mitchell Livestock Auction, one of the nation’s top livestock auction markets. Cattlemen from around the region utilize this auction market to sell feeder cattle, bred cows and heifers, as well as weigh up cows and bulls. It has become a gathering place for commercial and seedstock cattlemen alike.

On November 1, 2017, the Mitchell bull stud reopened under the name Custom Genetic Solutions. As in the past, customer service and producing a high-quality product are the top priority. The newest technological equipment within the semen collection industry has been purchased for the lab along with a facelift to the entire facility has occurred. The owners of Custom Genetic Solutions have a vast knowledge of the cattle industry going back generations. They also have a deep passion for the beef industry and have a vision for the future of the industry. 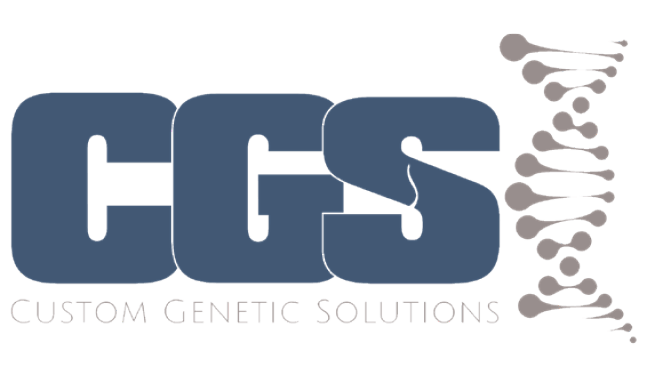